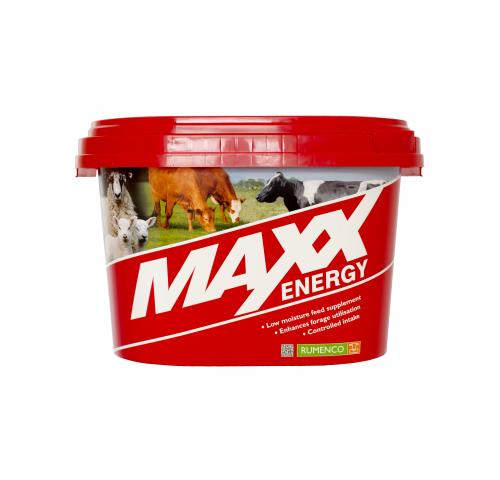 Rumenco’s MAXX Energy suits my farm ideally with its controlled intakes meaning it lasts longer and keeps my ewes in prime condition. I’ve certainly found that since using MAXX Energy and also LIFELINE Lamb & Ewe licks pre-lambing, there has been an increase in lambing percentage and lamb survival...

Profitable sheep production relies on maximising lamb sales, which is largely influenced by ewe nutrition from tupping time right through to weaning. For Brecon hill sheep farmers, the Morgans, nutritional licks play a vital role in helping to ensure their ewes are on top form at key times of the production cycle.

Owen Morgan and his mother Lynwen Morgan run a closed flock of 1200 pedigree Brecknock Hill Cheviot ewes and a herd of 45 Limousin cross British Blue suckler cows at Gorslwyd Farm set in the heart of the Brecon Beacons. The farm spans over 650 acres, rising from 800ft to 1350ft above sea level, with rainfall averaging around 80 inches a year - “we have a very long winter!” notes Mr Morgan.

The family pride themselves on grassland management having been runners up of the Welsh Grassland Society Award on two occasions within the last few years with their grazing comprising mainly of long term leys, with approximately 20 acres of red clover grass leys for finishing ram lambs.

Tupping begins in October and ewes are offered Rumenco MAXX Energy low moisture licks alongside available grazing from pre-tupping throughout the whole winter. Mr Morgan explains that he started using the MAXX licks in 2016 and since then he’s seen an annual increase in scanning percentage, less concentrates are used and his ewes are fitter.

Supplementation of the ewes with licks continues throughout the winter until lambing at Gorslwyd Farm, which takes place indoors within a four week period from mid-March until mid-April. Single-bearing ewes are offered MAXX Energy right through to lambing alongside ad-lib grass silage and a small amount of concentrates, whereas twins and triplets are switched onto Rumenco LIFELINE Lamb and Ewe buckets from 4 weeks pre-lambing alongside grass silage and concentrates to provide extra nutritional support.

“Rumenco’s MAXX Energy suits my farm ideally with its controlled intakes meaning it lasts longer and keeps my ewes in prime condition. I’ve certainly found that since using MAXX Energy and also LIFELINE Lamb & Ewe licks pre-lambing, there has been an increase in lambing percentage and lamb survival. Lambs are more vigorous when they are born, they are up on their feet and suckling more quickly, which means I can turn them out of the lambing shed sooner”.

Mr Morgan also notes he now uses less concentrates plus the licks are also a more convenient and simple way of supplementing his sheep whatever the time of year. 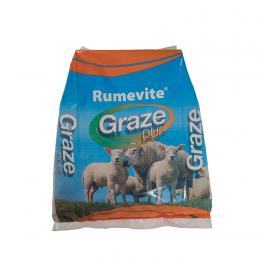 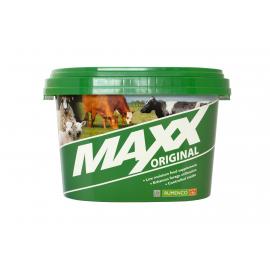