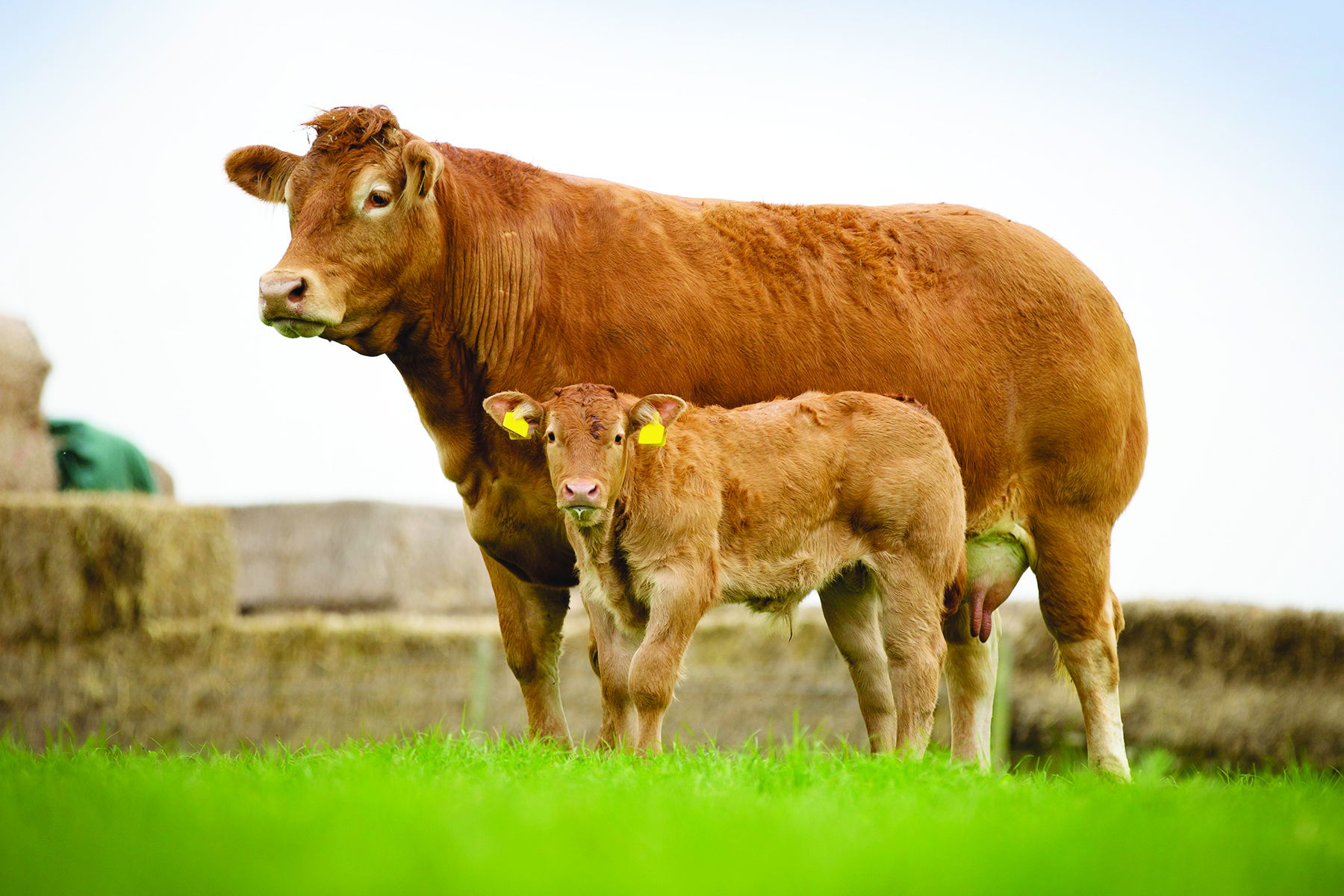 Suckler calf production study highlights the importance of research to re-evaluate the nutritional requirements of the modern beef animal. The work has identified the cost-effective benefits of creep feeding calves with high protein diets, to maximise genetic potential.

Creep feeding benefits such as, improved growth rates, and feed conversion efficiency, together with minimising the growth check at weaning, are well recognised by beef farmers but up-to-date information available on the nutritional requirements of beef cattle is viewed to be out dated with breed improvements that have taken place over the last few decades.

“This trial was developed to evaluate the influence of crude protein in creep diets on the performance of suckled calves.

The study, carried out by Shropshire farmer James Evans, and independently supervised by Harper Adams University, evaluated the difference in the performance of calves fed either a 13% or 16% crude protein creep feed.

Mr Evans runs a herd of 130 pedigree Stabiliser autumn calving suckler cows on his own farm near Bishops Castle in Shropshire. In a contract farming agreement with a local farmer, he also runs 180 spring calving Stabilisers. Heifers not retained as replacements are sold for breeding, and the majority of bulls are intensively finished by 14 months.

“Traditionally we creep feed our autumn calves to tie in with winter housing and to take the pressure off the cow,” he says.

“Undertaking the trial at home has given me a great insight into the true value of creep feeding both in terms of performance and economics. I questioned the value previously, due to the dated information available.”

The trial covered a four-month period, measuring the performance of 38 randomly selected autumn born calves – 20 bulls and 18 heifers – and evaluating the effect of crude protein on calf performance. The cattle were group housed in two lots balanced according to cow live weight, condition score, calf weight, and sex, with calves fed ad lib creep from an age of 60 days old; one formulated to contain 13% crude protein the other 16%.

The additional crude protein was incorporated into rations by increasing the quantity of Promol Natural, a natural protein supplement manufactured by Rumenco, formulated to contain 42% crude protein from feedstuffs including soyabean and rapeseed meal. 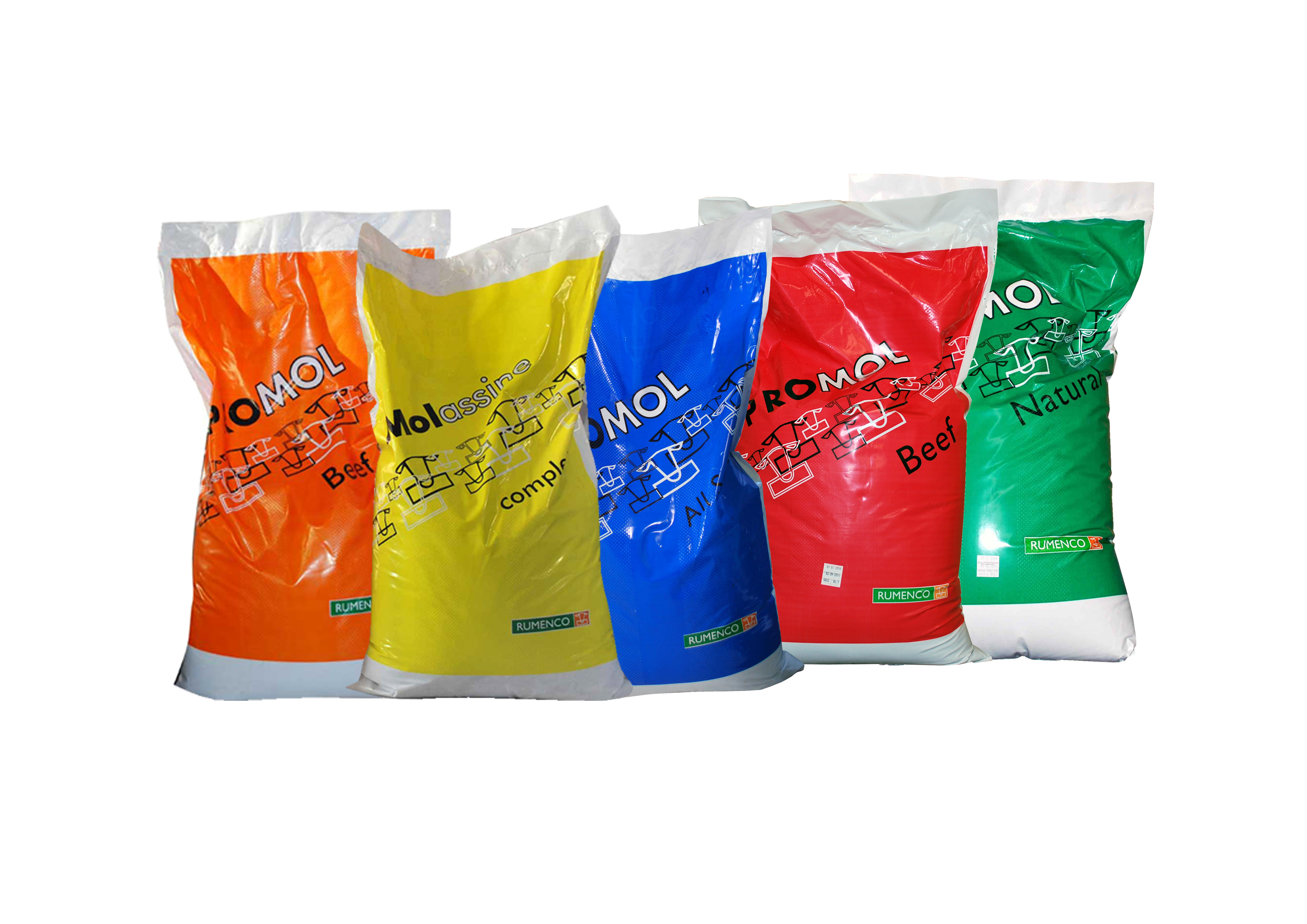 Results of the trial have identified significant and credible findings that support the changing nature of the beef industry.

The trial has also thrown up some valuable results which are lacking in modern literature. Perhaps the most significant result was the difference in bull calf performance compared to heifer calves when fed the elevated crude protein creep.

Feeding the 16% crude protein diet to bulls increased daily live weight gain during the creep feeding period from 1.45 to 1.72kg, and weaning weights by 36kg. But feeding the same diet to heifers showed no significant benefit to heifer calf performance.

The trial also showed that feeding a creep formulated with 13% and 16% crude protein, delivered an average 200-day calf weight of 51.6% and 57.5% of total cow live weight, respectively.

The recognised target for suckler calf production efficiency is to achieve a 200-day calf weight that is 50% of the total cow live weight. Mr Evans has far exceeded this target from his herd which is exceptional considering Stabiliser cattle are a maternal breed type.

Daily intakes were recorded throughout the trial, allowing for the calculation of FCR. It was found that calves fed the 13% crude protein creep diet averaged 2.17 FCR, while those fed the 16% diet averaged 2.21.“Although intakes of calves fed the 13% and 16% crude protein diets could be considered relatively high compared to the industry standard, the consequential daily live weight gain from this increased intake, gives a significant benefit in return on investment.

Collectively these results confirm the benefit  of creep feeding to improve suckler calf performance, and also shows how bulls and heifers must be treated differently to optimise their genetic potential.

For the farmer, the trial results have changed his approach to calf rearing, providing him with concrete evidence of the value of increasing protein levels in calf diets. Animal performance was improved, and there was significant financial benefits. “I’ve been involved in a lot of trial work in the past. I’m always looking for ways to drive down costs and increase returns. This trial did just that,” says Mr Evans.

“The results we’ve seen from feeding the 13% and 16% crude protein creep have resulted in some staggering daily live weight gains.”

“We’ve been able to send bulls to slaughter at 12 months of age who are returning substantial carcass weights. This has helped with the economics, and has also alleviated housing pressures over the winter period,” he adds.

“In the past I haven’t looked into the finances in enough detail, and may have put off an idea based on instinct,” says Mr Evans. “But having an independent appraisal of the trial has helped massively, and demonstrated how feeding bulls the 16% creep feed contributes to greater returns.”

“Although inputs may be higher, we’ve seen the benefits on the bottom line and the long- term positive impact. At the end of the day we may be spending more, but we’re getting the maximum potential from the cattle.”

In addition to performance being recorded, a financial appraisal considering the prevailing costs of feeds and value of weaned calves at the time the trial was carried out. Although feed costs increased per calf for animals fed the 16% crude protein creep, increased weight gains witnessed from these animals meant that feed costs were negated by the value of the calf, and margin per head was up considerably per head and finishing the bulls at just over 12 months old compared to 14 will also significantly improve margins. The value of up-to-date on-farm trials has been proven by this study.

“The exceptional results obtained by Mr Evans highlight that small changes to a system can pay dividends in both calf performance and economic return. It’s hoped that this trial is the foundation of more of the same to come,” he adds.