Home » About Us » Our People

Rumenco prides itself on employing and investing in people who are passionate about both their role and agriculture – after all the people in our business are integral to our success, no matter their role.

Our aim at Rumenco is to ensure our field-based team are able to support and advise from merchants through to end users via a combination of practical and technical experience.  Our team are all members of the Feed Advisers Register (FAR) ensuring the solutions and advice they offer is not only practical and complementary to farming practices but also sustainable. 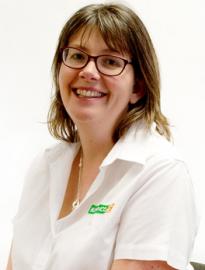 Alison began her career with Rumenco in 2006 providing nutritional support to merchant retailers and farmers on a global basis. Alison has a broad range of qualifications including a BSc (Hons) in Animal Nutrition and Biochemistry awarded from Nottingham University, an MSc in Animal Nutrition from Aberdeen University and a PhD in Dairy Nutrition through Harper Adams University.

Alison also has a particular interest in calves and youngstock.

Paul has been an Area Business Manager for Rumenco since 1993. He has many years’ experience working within the agricultural sector including working on a sheep and beef farm from the age of 18. Prior to working for Rumenco Paul managed a country store in Shropshire for 10 years before going on to work for a ruminant feed business for 6 years.

Paul has also been involved with agrichemicals and animal health previously. 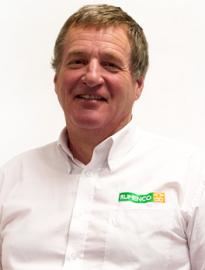 Ian has been with Rumenco since the start of his agricultural career in 1985. He has lived on his family farm in Llandovery since birth working with sheep and beef cattle from a young age and still runs a flock of cross-bred ewes.

As well as his lifelong experience in livestock farming, Ian has a HND in Agriculture from Aberystwyth Agricultural College. 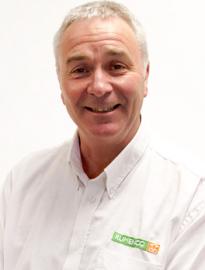 Chris has been an Area Business Manager for Rumenco since 2008 and has a National Diploma in Agriculture from Berkshire College of Agriculture. Before joining Rumenco, Chris worked on beef, sheep and dairy farms throughout the 1980’s before progressing to help manage a family owned animal feed retailer and latterly working for a number of agricultural manufacturers and retailers giving him many years of experience within the agricultural sector.

In his spare time, he enjoys boat trips with his family. 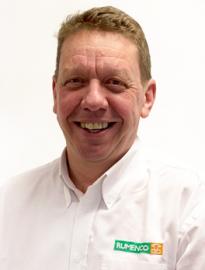 Ross began his career in sales with Scottish Agricultural Industries back in 1989 whilst studying for an OND in Agriculture at Oatridge College. He joined Rumenco in 1999 and works predominantly on farm with beef and sheep farmers supporting them in maximising performance from forage as well as identifying potential mineral deficiencies and advising suitable supplementation strategies.

In his spare time Ross enjoys tinkering with Land Rovers and loves to travel. If he was ever to have his own farm he would like to run a herd of Aberdeen Angus cattle.

Lawrence joined Rumenco in 1990 prior to which he gained a further 10 years’ experience working in the agricultural sector having previously supported farmers on grassland chemicals, compound feeds, animal health products and feed supplements.

Lawrence has a HND in Agriculture as well as on farm experience having worked on both dairy and beef and sheep farms previously.  In his spare time, he enjoys playing one of his three guitars and has been known to host the occasional mobile disco! 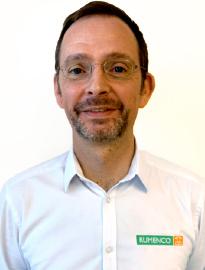 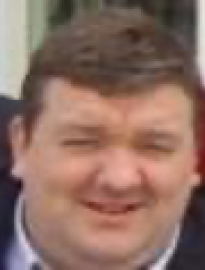 Stephen started his career in 1984 as veterinary practice manager for 11 years before moving into veterinary sales with a Veterinary wholesaler for 6 years. He then moved in 2002 to Merial Animal Health where worked for 16 yrs, he was responsible for swine, equine and ruminant key accounts in Ireland. He worked through the integration of Merial AH into Boehringer–Ingelheim in 2018.

Stephen left in BIAH in August 2019 to join Rumenco as sales manager for Ireland. Stephen holds a Hons Degree in Business obtained from UCD. In his spare time he is enthusiastic follower of Rugby and reader of history books.